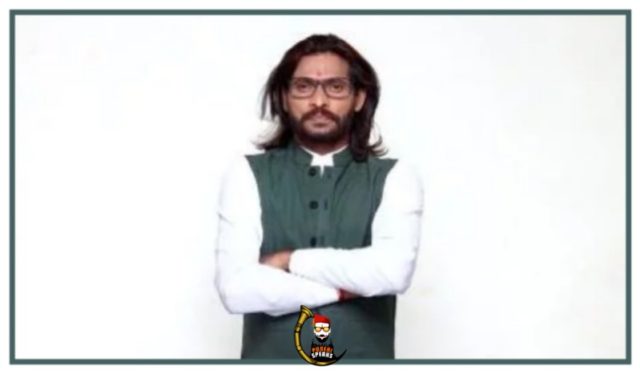 Abhijit Bichukale is an Indian politician who became famous after participating in President Election. Abhijit Bichukale known as Kavi Manache Nete is not associated with any political party and last contested in Satara Loksabha Constituency elections as an independent candidate.

Abhijit Bichukale does not belong to any political party. Since 2004, he contesting in each elections as a independent candidate. He even challenged Vishwajeet Patangrao Kadam after demise of Patangrao Kadam. Later he took back his MLA form against Vishwajeet Kadam. Most often Bichukale challenges NCP candidate Chatrapati Udayanraje Bhosale in Satara Constituency. In 2019, He contested in Satara Lok Sabha constituency and his Wife from Sangli Constituency. Both of them lost from Satara and Sangli seat.

Abhijit Bichukale Wife name is Alankruta Bichukale.  She is working as LIC agent and supporting household needs with her income.