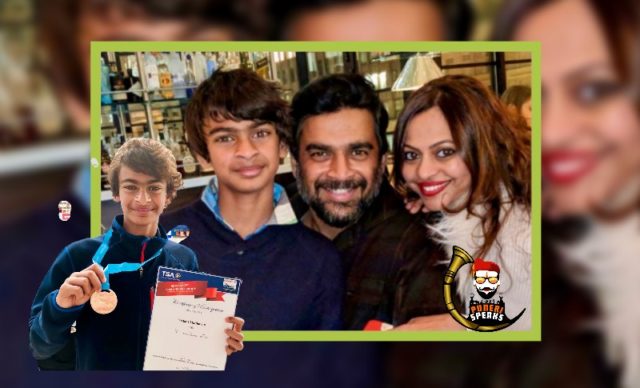 Madhavan shared picture of his son with bronze medal

Proud moment for Sarita and I as Vedaant wins his first medal for India in an international swim meet in Thailand today. Thank you for all your blessings .

He achieved this achievement in 1500 meter Freestyle. Madhavan gives his son swimming coaching. Madhavan himself is a good swimmer. Actor Madhavan’s son has won several swimming championships at the state level. In the film ‘Saala Khadus’, in the role of Boxing Coach, Madhavan came to the idea of ​​coaching the son during this film. After leaving his reel role, Madhavan decided to coach the son. Now Madhavan son Vedant makimg proud to the Madhavan Family.

While on the other side, other actor’s kids trying to enter into bollywood, Actor Madhavan’s son achieving prizes for the country.

Mumbai vs Pune Memes: Mumbai Pune Jokes all in one Combo Pack, Who is the Best? Pune or Mumbai