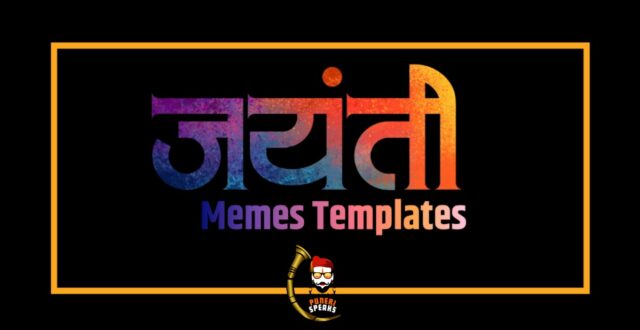 Jayanti Memes Templates are trending online. Ruturaj Wankhede and Titiksha Tawde starrer Jayanti releasing on 26th November. Ruturaj is playing the role of a major activist, an close aide of a big politician with a different agenda for celebration of a Jayanti.

Eminent actor Milind Shinde has played the role of an idealist teacher in Jayanti Marathi Movie. He works with the thought that a good teacher can improve the entire society and his role in the film endorses the same. Music director Ruhi has composed music and Bollywood singer Javed Ali has lent his voice for a song in the film. Marathi film’s eminent lyricist GuruThakur has penned the songs for this film.

Jayanti Memes Templates are here for your use