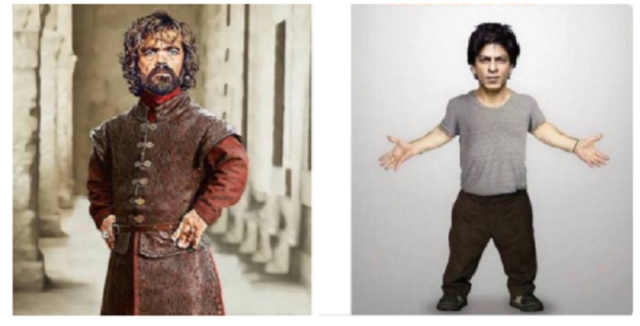 Shahrukh Khan releases first look of his next venture called ‘ZERO’ and twiteratti are going crazy over the name of the movie, everyone making Shahrukh Khan meme on his movie name, ‘ZERO.’ Some created Shahrukh khan meme over comparison with Rajpal Yadav and some compared movie name with Padmavati.

Have a look at Shahrukh Khan Meme…..

Naming his next movie #ZERO is a smart move by SRK. He’ll get free publicity throughout the year by petrol pump attendants who’ll say ‘Sir zero dekhna’

*Honest Trailer for #Zero *
Peter Dinklage spent half a decade building up acceptance and respect for dwarves in the society. Now watch as @iamsrk drags it down to pic.twitter.com/4pjXjMW9ev

After the #Padmavat verdict, SRK named his movie #ZERO so that the censor board cannot add, subtract, multiply, divide. Anything

#Zero was first offered to Salman bhai but he rejected it after knowing that it’s not based on his fan’s IQ level.

Only Salman Khan is doing his own biopic – #Race3