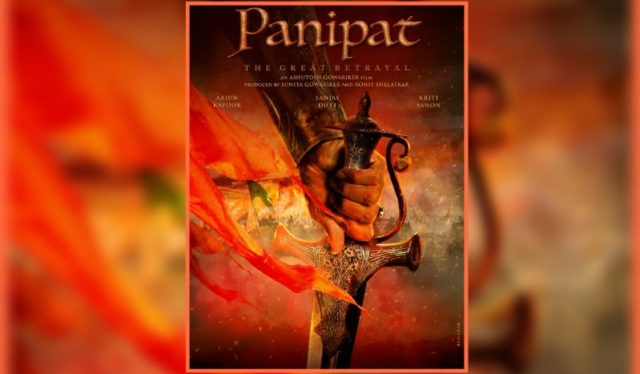 Panipat Movie: Filmmaker Ashutosh Gowariker, who known for making films on history, is set to make a movie on ‘Panipat‘ Third Battle. The movie titled “Panipat The Great Betrayal”. Third Battle of Panipat which was fought between Maratha Empire and the forces of the King of Afghanistan, Ahmad Shah Abdali.

Talking about casting in the Panipat Movie, Gowariker said, “I have shared screen space with Sanjay in ‘Naam’, which was a memorable co-acting experience and now it will be great to direct such a versatile and immensely talented actor as him.”
“What impresses me most about Arjun, apart from his fine performances and his dynamism. He has played double roles twice, and he has portrayed an action hero as well as a lover boy.”

Talking about Kriti Sanon, Ashutosh Gowarikar said, “I needed someone really beautiful as well as a good performer, and Kriti is both. The eclectic combination of these three is a first for me, and I look forward to this exciting journey with them called ‘Panipat’.”

The film is scheduled to hit the theatres on 6 December 2019 and will start shooting from mid-year of 2018.

Are you excited for Panipat Movie? Do you think Arjun Kapoor as Commander-in-chief Sadashivrao Bhau as a good suit?

Let us know your views in the comment section