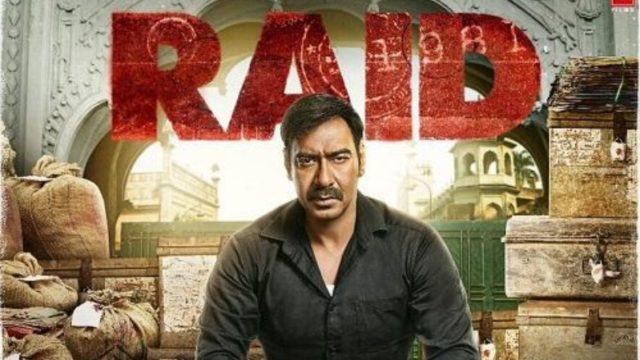 Ajay Devgn and Ileana D’cruz with villain role played by Saurabh Shukla. The film is based on 1980s Uttar Pradesh true raiding story.  The film is produced by Bhushan Kumar and Kumar Mangat. Written by Ritesh Shah who gave super-hits like Pink and Airlift. Raid officially releases on March 16, 2018.

Are You Excited for this movie release? Let us know your views