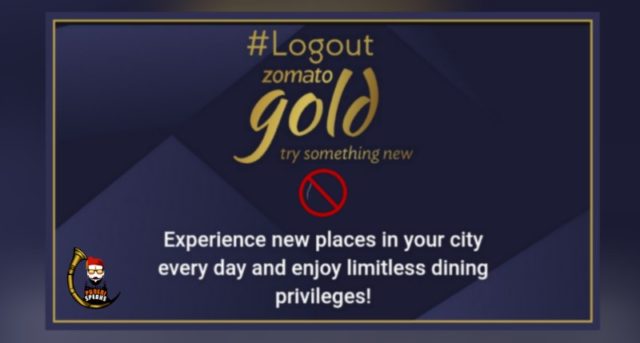 PUNE: After facing loss in business, restaurants in Pune city boycott Zomato Gold. Out of 850 restaurants 450 members choosed Zomato Gold out of fear of lossing business with competitor. Zomato is providing Gold membership programme to its customer which includes 1+1 on Food and 2+2 on Drinks.
After announcing Zomato Gold, lots of restuarants from Pune choosed Gold programme to get customers. But now they are facing loss in their business.
Pune Restaurants and Hoteliers Association (PRAHA) withdrew support to Zomato Gold and all members boycott Zomato Gold Programme.
PRAHA president Ganesh Shetty said in press release “A few aggregators have made deep discounting a norm and most restaurants fell prey to it because of the fear of missing out and losing consumers, These aggregators are having a field day at the expense of our businesses due to lack of unity. We will no longer be honoring Zomato Gold”
PRAHA Full statement: Ganesh Shetty claimed that restaurants were misled by the Zomato “ They earlier promised that offers includes customer would have to eat and buy drinks in just one restaurant (not two) and get a 50% discount on either food or drinks from that one restaurant. But now its entirely different than promised.”

After facing backlash from restaurants Zomato’s Deepinder Goyal tweeted “In the interest of consumers, we request restaurant owners, to stop the logout campaign, and have a collaborative discussion with internet aggregators for finding a sustainable way forward.”